Keyboards and mice are not known for their aesthetically-pleasing designs. Comfort and practicality are the top priority, and while these are clearly important considerations, drab black and gray devices sit atop desks around the world.

The Logitech POP Keys and POP Mouse are a solution to this problem of banality. Or, at least, that's what the company believes. The devices are the latest in Logitech's Studio range and are designed to stand out in more ways than one.

While the POP Mouse has some exciting features, it's the keyboard that really stands out. The mechanical keyboard, designed to feel less like typing on a laptop, and more like on a typewriter, comes with swappable keys and customizable functions.

But, your eyes are immediately drawn to the color. Rather than traditional colour descriptions, the devices come in three flavours; Daydream (purple and yellow), Blast (yellow and black), and Heartbreaker (two shades of pink).

It's the first in a series of confusing design decisions that ultimately leave the POP Keys and POP Mouse with a few notable features but no obvious target audience for them, despite trying far too hard to connect with a specific generation of users. 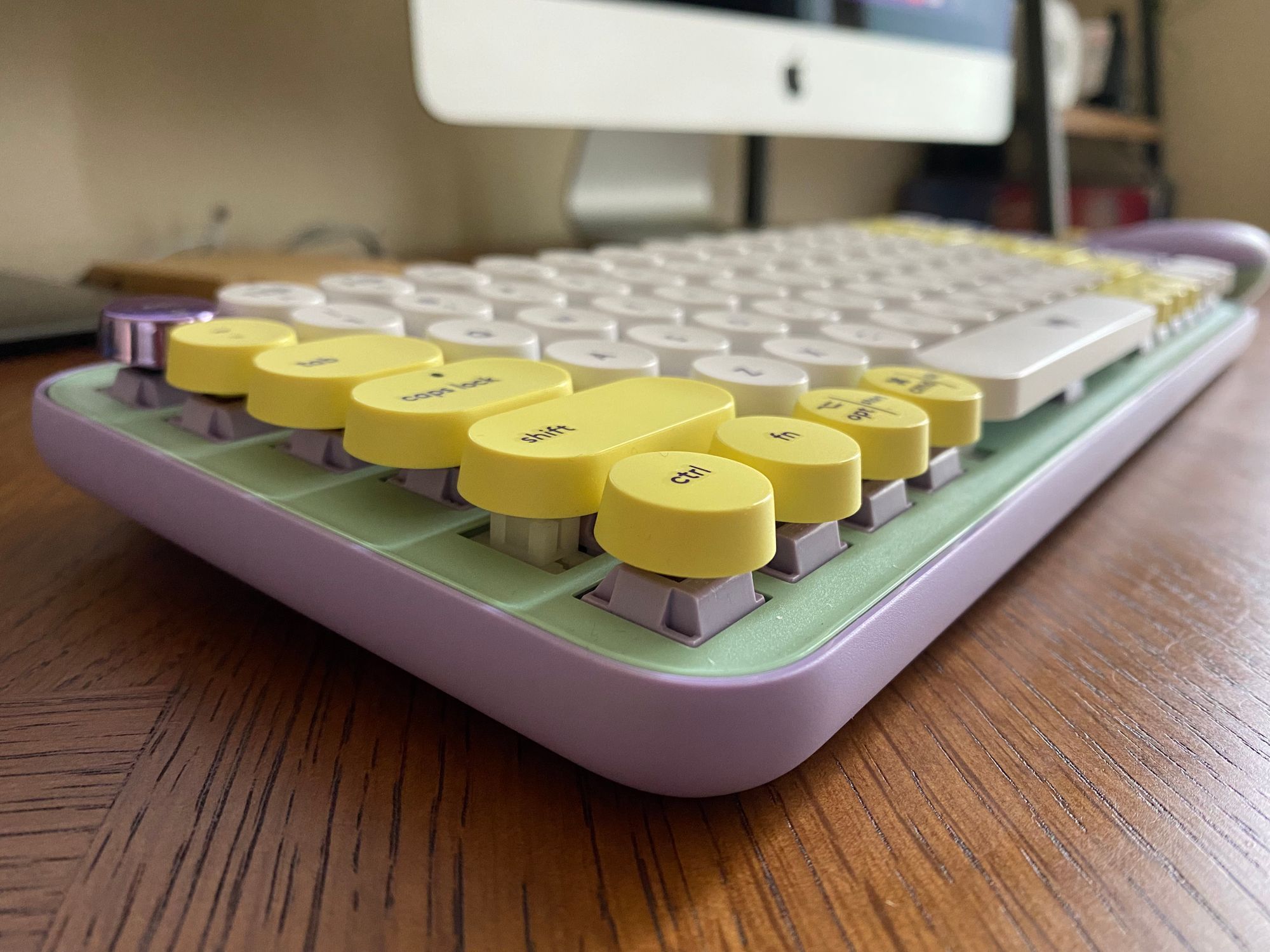 The Logitech POP Keys is a customisable, colourful, Bluetooth-enabled mechanical keyboard. It connects to multiple devices, has swappable keys, and is available in three styles.

The Logitech Studio POP Keys is a compact mechanical keyboard. These devices are pretty divisive; some people can't imagine life without them, while others would prefer if their fingers had never tapped against the keys.

Logitech's mechanical keyboard is, technically, fine and comes with Brown switches. It's not hideous to write on, but neither is it astoundingly comfortable and natural. You'll probably already know whether you like this keyboard style, so it's best to focus on the Studio POP Keys' other features.

It is a compact keyboard designed to be moved around with ease. In keeping with that, you have several ways to connect to your devices. The unit comes with Logitech's Bolt USB dongle for, primarily, Windows machines.

It needs a USB-A port, which is very rarely found on Apple computers unless you're using a USB hub of some kind. However, this connection is quite dated, so you're much more likely to use the keyboard's built-in Bluetooth instead.

Using this wireless connection, you can pair the Studio POP Keys with up to three devices simultaneously. There are three hardware buttons on the top left of the keyboard to cycle through these, although you can only have one active at a time.

I had the keyboard paired with two devices; an Apple iMac and a Windows laptop. Several times, when those computers were in low power or Sleep mode, the Bluetooth connection wouldn't recommence, so that I couldn't wake the computer.

This is less than ideal. However, it might not be the kind of use case Logitech imagined. I am now of a 'certain age' and still prefer using desktop devices. Unlike my younger peers, I don't work on portable devices like a smartphone or tablets.

Logitech's marketing material states that they (slightly patronizingly) made these devices with a 'focus on Gen-Z,' born between the late 1990s and early 2010s. This group is also sometimes called the TikTok generation, as it's the favoured social media platform for younger people.

If you believe that Gen-Z is always on the go, preferring mobile devices over desktop counterparts, then the hefty weight of this mechanical keyboard seems to be entirely opposed to the unit's aesthetic appeal.

Despite only housing a two AAA batteries, which should offer 3-year battery life, the keyboard weighs a substantial 799g. For comparison, the largest iPad Pro is just 682g. So, in this scenario, you have a bold-looking mechanical keyboard that weighs more than your premium, professional tablet.

But this isn't the only contradiction here. Emojis are primarily a way of communicating on smartphones. They became commonplace because sending a smiling face in just a tap was easy, whereas expressing the same emotion in prose takes more than several words.

If they are predominately a mobile format, what's the purpose of moving them to a dedicated space on a compact keyboard? Emoji integration with Windows 10, Windows 11, Chrome OS, and macOS is limited, and a mouse pointer will be the easiest way to navigate to a specific image.

Logitech does offer its own software to customize the experience, but there are few significant options, so most people will only use the default, system-provided functionality. Confusingly, the software is only available for desktop platforms; another in a string of contradictions.

The most interesting part of the offering is the Logitech Studio POP Mouse, a compact, colourful mouse. There are, generally, three styles of mouse; generic, portable, and performance.

Generic options can be found in most offices and bundled with most new laptops and computers. These are fine but functional. Performance mice are usually ergonomic and designed either for productivity or gaming.

The Studio POP Mouse falls in the portable category. These are small devices designed to be thrown in a bag alongside your laptop, smartphone, or tablet. Feature-wise, they are otherwise unremarkable, but space-saving is the priority.

Logitech doesn't stray far from the formula here, but there are some interesting inclusions. For one, the Studio POP Mouse is quiet. Not just a little bit soft, but almost inaudible when clicking. It's actually quite impressive but doesn't seem to make any sense.

The mouse is coupled with a mechanical keyboard, one of the loudest typing devices you can buy. It seems a bit at odds to have such a quiet mouse. Like its larger sibling, the POP Mouse pairs with three devices simultaneously, using the underside button to switch between them.

It has a scroll wheel, which is also quiet and smooth to use as you'd expect. It's not revolutionary, but it feels well-made. Underneath that, the Gen-Z-focus returns with a customizable 'emoji' button, another feature destined only to be a gimmick. At least it has a two-year battery life, though.

Should You Buy the Logitech Studio POP Keys and Mouse?

Mechanical keyboards of this quality rarely come for such a budget-friendly price, which could make the combination seem like an attractive option. However, the new POP peripherals are confused and have set out to satisfy a specific audience but pleased no one.

They were designed for mobile-first Gen-Z users, but seemingly by a company that doesn't understand what it means to be connected on the go. The keyboard, while affordable and entertaining, is too heavy to transport around, making it redundant.

Similarly, all the hyped 'emoji' features make the company appear as the adult in a suit trying to connect with internet generation teenagers. All that said, the mouse is actually a surprisingly good portable option, particularly at such an attractive price.

Even though it is infected with the same cringe-worthy design aesthetic, you can ignore the emoji button and enjoy the smooth scroll, long battery life, and comfortable experience housed in the portable package. 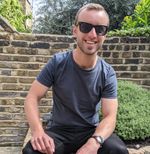